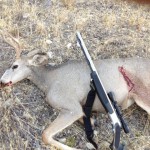 I had a heck of a time on my first muzzy hunt a few weeks ago! I had always wanted to try hunting with a muzzleloader so I put in for a tag and drew out. I didn’t care to try to deal with the crowds of the rifle hunt again so I figured this… Read more » 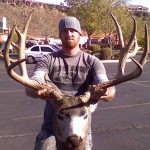 My oldest son Donnie and I had been hunting pretty hard for four days.  We started the short 5 day season hunting separately.  He went to a place he thought would be un-crowded, but might have a big buck hiding out.  I went to a spot that I thought would be crowded with deer.  He… Read more » 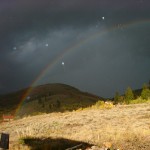 I’ll begin by saying that I love the “hunt diary” style stories… so here is my experience from the 2012 Utah general muzzleloader deer hunt: I knew my summer would be busy and I could see the writing on the wall early in May/June.  I was able to get my trail cameras placed, but that’s… Read more » 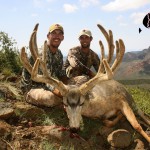 Aaaaand were back! Wow, a guy goes scouting and hunting for a little while and 2 months go by! My apologies for the long absence from the blog. I give my word it won’t happen ever again. In fact, we intend to ramp up our blog activity and hopefully build a faithful following. Anyways…. One… Read more » 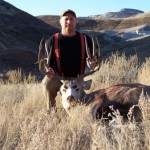 by Bob Healey Here is a few pictures of the buck I shot. This is by far the best deer I have shot! It is a clear 8 x 5, but there are acctually 3 points on the left side that you can hang a ring off of (for boone and crockett scoring). So for… Read more » 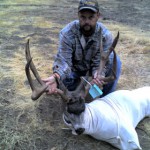 by Hank Moore September 29, 2007, the morning following a snow storm, I made my way around a bend in the dirt logging road on which I was hunting. My wife and 8-year-old son were with me, helping me to look for deer. My wife had just spotted a doe with a couple of fawns…. Read more » 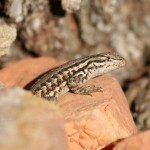