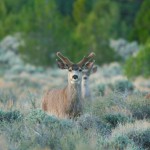 By Todd A. Black  I would imagine just about everyone knows everything there is to know about antlers and how antlers grow.  However, ever so often I get asked what I think contributes the most to antler growth and what causes antlers to be bigger or smaller from year to year. Most everyone realizes that… Read more » 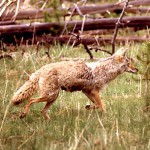 Some thoughts on the delicated predator prey relationship By Todd A. Black Its basic biology, a predator that kills and eats its prey impacts that animal and may to some extent impact the population of an area. The big question is how much? If an animal’s death has no effect on the population such that… Read more » 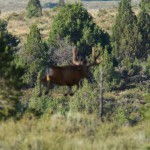 by Todd A. Black Could the way we are hunting mule deer in certain areas be further contributing to their decline? In case you have not heard me say it before, I will say it again; habitat is ‘A number one’ if we are to have a healthy and stable mule deer herd in a… Read more » 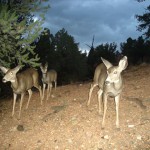 by Todd A. Black Estimating the number of animals Being able to manage a population of big game so that it stays healthy and productive without degrading the habitat is a critical aspect of any wildlife operation. Being able to monitor and determine where the population is relative to carrying capacity can be a difficult… Read more » 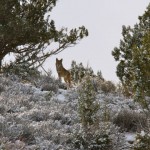 by Art Isberg For any rifleman smitten with the west’s Number One big-game animal, the mule deer, the question now, and over the last two decades, has been “what happened to all the deer?” It’s certainly one I’ve asked, and heard discussed, many times wherever and whenever buck hunters gather from the Rockies to the… Read more » 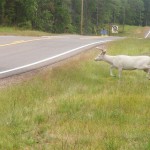 by Todd A. Black With the recent and increased sightings and harvest of White-tailed Deer in Utah, I thought it would be interesting to share a few facts regarding these two species and the challenges which will be faced by the mule deer. Although there have been many unsubstantiated sightings of white-tailed deer in Utah… Read more »