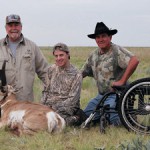 By Chad Waligura Well everybody has one. why not me? and since I’ve had to tell it about a million times over the past 17 years, I figure posting it may end up saving me some time. “What happened?” Oh how many times I’ve heard that? in line at the grocery store, hanging out with friends… Read more » 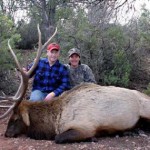 By Terry Herndon Once in a while someone does something for someone that needs to be documented. This will be a story of life, death, sacrifices and donations; all of which add up to a gift from the heart. Tina Pattison had a son, this son was just as you would think; active, fun loving, and… Read more » 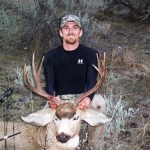 by Josh Fitzhugh On November 24 2005, Thanksgiving Day, I decided to take a quick morning hunt before the big turkey feast with my family. I was visiting my home town of Omak Washington for a few days and late archery season just happened to be open. I told my wife I would throw in my… Read more » 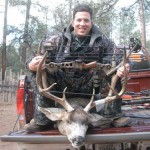 by Tony Cuchiara The morning of January 15th, 2006 was a slow one. During the Rut, our hunting camp sleeps in. The bucks are moving all day, no reason to wake up just to fall asleep again in your tree stand until 10:00AM! All of us dispersed into our desired waterhole positions around 9:30AM. I went… Read more » 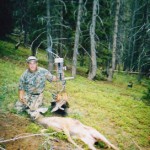 by Jake Scharp In early September of 2002 I harvested my first mule deer ever, and first deer with a bow. I had been archery hunting for two years with no success on any big game. The unit I hunt in Colorado is all public National Forest. It gets hunted extremely hard during the gun seasons,… Read more » 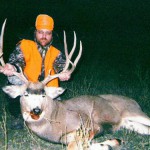 by Erick Smith Anyone Anyone can do that, your just lucky. I agree, but year after year I do it and harvest a buck. Hunting California’s central mountain region has to be the toughest deer hunting in the country. The average California deer hunter harvest one buck every ten years. That’s ridiculous, you have to posses… Read more » 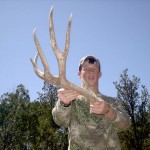