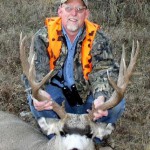 by Brad Rauch It was a clear alpine morning. After a 3 hour horseback ride and a 2 mile hike, my guide was positioning me for an easy 100 yard shot as soon as the 200 class Muley buck moved from behind the bushy pine tree below us. As he cleared the tree, a shot rang… Read more » 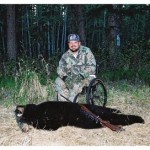 by Tim Mowry When Dirk Johnson approached Alaska hunting guide Les Cobb at a trade show in Utah two years ago and inquired about a bear hunt, Cobb didn’t know what to say. Johnson was sitting in a wheelchair and Cobb had never worked with anyone in a wheelchair before, whether it was on a hunting… Read more » 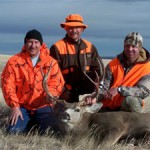 by Bill Hays Our trip started with three of us, Chris, my hunting partner, Mike, my brother and I applying for deer tags for the 2006 Montana general deer season. It was a long wait, but, finally, when we checked the computer it said successful. We all drew a general deer tag (buck or doe) and… Read more » 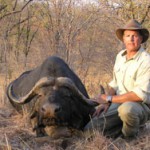 by Anthony P. Mauro, Sr. The pilot lowered the single prop Cessna onto a small clearing of trampled elephant grass and jesse scrub that stubbornly gripped the dusty, sun-baked African earth. Fortunately I was so mesmerized by the stunning beauty of Zimbabwe during the one-hour flight that I paid little attention to our need for a… Read more » 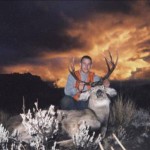 by Brian Luedtke It had already been a bad year and opening day hadn’t even arrived. July brought news of cancer in my three year old son and just a few weeks before opening morning, my grandfather passed away. So with a solemn heart and a full mind, I decided to take to the desert and… Read more » 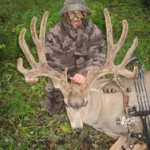