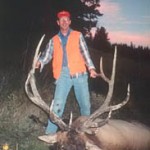 by Marv Wilson Utah Elk Hunt My Dad and I had scouted for several weeks before hand and had heard where others were. Needless to say nothing ever works as planned. The night before the hunt Dad, Don Leonard (a coworker), and I spotlighted two 6 point bull elk in the main flat. They were both… Read more »

The 1999 general rifle deer hunt began in Southern Utah on a crisp chilly morning. Having never hunted this area before, I was clueless as to what to expect for bucks or even does for that matter. The day started out anything but desireable, as I wandered around aimlessly through sagebrush flats staring at old deer… Read more » 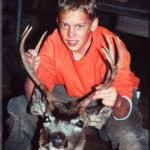 This is a buck that I got, it’s a three by four with a 16 in spread. It was my second year hunting, but the first deer that I have ever shot. So I was really happy. I spotted it on a side hill, but I didn’t even know it was a buck. I saw a… Read more » 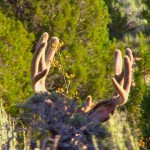 by Marcus Robinson My uncle, Randy, called me and told me he was going hunting with his son, Randall, the next morning but they were leaving at 5:30. I talked my mom into letting me miss school and my dad into getting up and taking me to Paragonah at 5:00 the next morning. When I… Read more »

There’s something about my wife being pregnant and her luck drawing hard to get tags. Three years ago, when Sherry was pregnant with our first baby, Tina, I put her in for a moose draw in eastern Idaho. Now we all know guys who throw their name in the hat year after year with no luck, myself included. 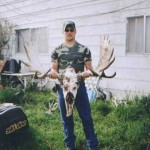