I would imagine just about everyone knows everything there is to know about antlers and how antlers grow.  However, ever so often I get asked what I think contributes the most to antler growth and what causes antlers to be bigger or smaller from year to year. Most everyone realizes that genes and nutrition play a major part as well as age but for those of you who don’t—here you go.

This last year was a great example of extreme antler growth throughout the west. There were more than just a handful of 200 class ‘muleys’ and a grundle of 400 class bulls harvested last fall. This all happened during one of the worst drought years on record. So why the drastic change and why so different from last year? Basically, there are three different things that contribute to antler growth and all three are important when considering the whys and why ‘nots’. In no particular order they are; genetics of both the buck and the doe, age of the buck, and condition of the range or the quality and quantity of available green groceries. Some may argue that one is more important than another and in some instances that may be the case. Certainly there are areas where no matter how old a buck gets and no matter how much you feed him, he’s just not going to be a 200 class buck. In this case genetics are the missing link. I maintain that in order to truly grow a big mule deer, you have to have all three. Age–age is the easiest to control at least in theory.  If you want to have older bucks you simply control the harvest rate such that you limit your take on younger deer.  Most studies have show that a mule deer buck reaches its prime somewhere around 5-6 years old. In some cases it’s a bit later but not too often much earlier in its life.  Typically, older bucks will almost always have heavier antlers than younger bucks.  Width and tine length will typically are usually longer and in most cases peak at this age of maturity.

Given the liberal harvest that most states employ it’s highly unlikely that general open seasons are going to have many or should I say a majority of older bucks harvested on any given year. I would guess that most general season areas on average harvest bucks between 2-3 years old. However, several states are now starting to look at managing their ‘limited’ harvest units to some age class on buck deer. Many of these are managing for a certain age class of bucks which is determined by the average age of buck taken through harvest and tooth analysis. If certain areas are exceeding the age class objective, more permits are usually given, if they are not meeting this age class objective permits are usually reduces the following year(s) until age objectives are being met. As a biologist, I can’t imagine a better way to manage a deer herd. As a hunter these are the areas I want to spend my time and money on. Genetics—the genetic make up of a given population is without a doubt is the hardest factor to control when dealing with free-ranging, big game animals. This is largely due for the simple fact that game managers don’t have the ability to isolate and control certain genetic traits expressed by antler growth. Another factor here is the females in the population. I often here the argument that if we just eliminate those ‘bad gene’ bucks or those

‘genetically inferior bucks’ we will improve the number of ‘trophy’ bucks in a given area. I have to bite my tongue most of the time when I hear this. Most anyone who has a basic understanding of genetics knows the major flaw with this argument. It is; if you don’t know what genes are being expressed or can’t control what genes are being contributed by the does (does usually out number the bucks 8 to one on average) then there is no way you are going to be able to get rid of those ‘bad gene’ bucks, unless you eliminate all the does as well. When it comes right down to it, you either already have good genetics in the local population or you don’t.

Range condition—the condition of the range also greatly influences antler growth.  So much of an animal’s life is dependant on its ability to obtain the vital nutrition it needs from the range. Yet we often overlook the importance of quality range lands. Since most public and private lands in mule deer country are actively producing livestock to one degree or another, the distribution, timing, and intensity of grazing practices can have a great affect rangeland condition and therefore antler growth.  Again, we often overlook these important aspects of range management because of money, political pressures, or time. Too many animals, whether wild or domestic, will result in decreased antler growth and could reduce the animal’s fitness and reproduction rates as well.  When considering antler growth, we must remember that antler growth is secondary to body care and maintenance. What does this mea

n? If range conditions are poor, animals are usually in poor health and body condition is usually poor and antler growth will never be maximized under these types of conditions. Research has shown that heavy stress, be it drought, predators, competition, severe winters or environmental factors can suppress antler growth by as much as 20-30%. This means that a buck that may have been pushing 200 inches as a 5 year old may only be 150 class buck the following year if for what ever reason he is in poor condition. A perfect example of this is a deer my dad shot a few years ago. The buck came from a good genetic area he was a 6 year old deer but range conditions were poor it had been overgrazed and was in a drought year. The deer appeared to be in poor condition (ribs, hips, and backbone were showing) and upon field dressing showed little or no body fat. The buck had some mass but spread, tine length and main beams were short and the buck squeaked out a mere 160 B&C.

One of the positive thing about range condition is quite often it can be improved and even controlled some what that is if you take out the drought factor, nothing we can do there. However, given a little money and time, the range can be improved.  This is perhaps more evident and easy to show on a small scale such as a small ranch or a certain drainage rather than over hundreds of thousands of acres. Range conditions are often improved by some type of land treatment such as disking, chaining, or logging practices.  Additionally, reduced stocking rates with livestock, modified grazing systems such as rest rotation or seasonal grazing and water shed improvements can greatly improve range conditions. Quite often, if the range is in poor condition land mangers have been know to augment antler growth with some sort of mineral supplement. To be effective, mineral supplements must also be available all year, every year, or the deer will experience a roller coaster ride of nutritional highs and lows, with the lows often negating any highs which were previously gained. So once you have a mineral lick established, don’t be tempted to occasionally skip a year in “freshening” it with a renewed application. Maintaining a lick costs an average of only $15 per year and

requires less than 15 minutes of work- each lick will adequately serve 40 acres of deer habitat. One common thread with mineral supplement is people expect to see overnight results when it often takes years to really make an improvement with your population. Always remember that minerals first into body growth and maintenance. Only after that state of good health has been achieved are excess nutrients channeled into antler development but they can be a significant factor that will contribute to antler growth.

Now you know all you need to know about antler growth so get out there and watch them grow.

A note on supplements can be broken into two groups of minerals, macro and trace.  Macro minerals are those minerals which are needed in large amounts of the animal’s diet.  Macro minerals include calcium, phosphorus, potassium, magnesium, sodium and sulfur.  Trace minerals are those which have been shown to be needed when supplementing an animal’s diet.  The seven trace minerals are iron, copper, zinc, manganese, cobalt, iodine and selenium. Extreme care must be taken to assure minerals are in proper balance.  Too much of one interferes with absorption of another. Essential minerals alone are often poorly palatable.  A pelletized feed is your best assurance against nutrient and mineral sorting.  There is a wide range of mineral supplements available on the market today.  Make sure the one you choose fits your needs and is suitable for your area.

Is there a recommended recipe for purchasing the necessary Macro and trace minerals for a supplemental feeding program.
I live in North Central Washington state 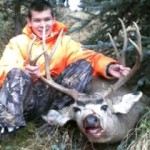