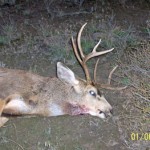 by Rob Yager My 2005 season started like many other Washington hunters. Apply for special permits, and if you don’t draw a tag, you get to hunt your regular or late season. This year I was blessed with 1of 15 tags that 5500 other hunters apply for. The permit I drew is for the Desert… Read more » 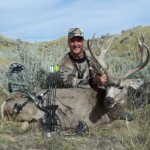 by Steve Schulz My first morning out this year found myself on a vantage point Id been to many times in the past, picking apart the sagebrush and rocks in an attempt to find the greatest western iconic trophy, the mule deer. It was not long before I started to find a few decent bucks… Read more » 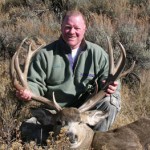 by Scott Stooksbury While traveling on my eight hour, ground and air time, trip to Kremmling, Colorado this November, I realized that I would be content visiting with friends, breathing the fresh mountain air and simply spending time gathering thoughts for my goals and aspirations for the new upcoming year. Id had three previous successful hunts… Read more » 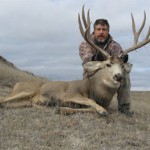 by Garth Henderson Hunting South Dakota public lands for a mature buck can be a long intensive process. This is the reason I took two weeks of vacation for our West River Deer season. The weather has not been cold enough to push them into an early rut, with daytime temperatures in the 40s. The… Read more » 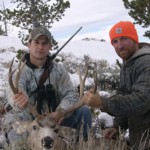 by Curt Mayer There is nothing like hunting in the Bighorns around Ten Sleep, Wyoming. My friends and I had a very good year hunting in Ten Sleep and Kaycee, Wyoming. It all started out on October 18th. My friends Parker and Josh Lyman of Ten Sleep started our year off with a bang on the… Read more » 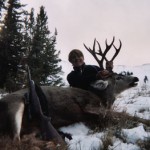 by Nic Turco It was my 3rd year of hunting, and I was 16 years old. I had shot a doe my first year, a nice 5×5 bull the next year, but what I was determined to get, was a nice mule deer. I live in Hailey Idaho, which is right next to Sun Valley. The… Read more » 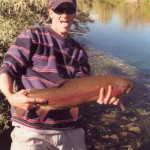